New features in 2.3 have required a change to the communication protocol between the processor and panels, it is therefore necessary to run all elements of the system (processor, XDs and panels) on V2.3.1 or later. For panels where V2.3 firmware is not available please continue using V2.2 processor firmware.

It’s also possible to specify any custom resolution and refresh rate that remains within the pixel capacity limit. (This generates a custom EDID to help configure the source.) This can be set upon project creation, or at any time through the canvas properties.

Tessera SX40 processor latency is already an industry-leading 2 frames end-to-end (including the driver chip latency and with all processor features enabled, including scaling). For broadcast applications such as virtual studios and film-industry applications, visual effects and virtual sets, latency minimisation can be considered critical.

To achieve the reduction in latency, the processor and video source must work together. Typically, PC-based sources (such as media servers) which respect the processor’s EDID should be able to support ultra-low latency, while video production sources (such as cameras or production switchers) may ignore the EDID and therefore be incompatible with ultra-low latency mode.

Overall, sources which do support ultra-low latency will be able to display content on the LEDs one frame earlier. Enabling ULL will configure the source to output twice the desired raster height. The processor will only use the top half of the raster, so the source should only fill the top half with content.

Note: ULL is intended for use with HDMI sources. Ultra-low latency can also be used in conjunction with High frame rate. Capacity reductions are cumulative when enabling HFR and ULL; i.e. 120fps ULL results in quarter capacity.

This helps to display video content at the correct frame rate with the minimum latency and avoids frame drops or doubling due to inadvertently using the wrong genlock source. 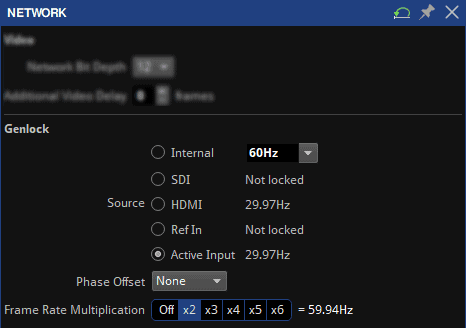 Genlock Phase Offset permits fine control of the LED screen timing to shift on camera artefacts up or down the image until they disappear off the top or bottom of the camera frame.

An offset of up to plus or minus one frame may be configured, specified either as a fraction of a frame in percent, or a phase angle in degrees, or as an absolute number of lines and pixels of the selected genlock source.

FRAME RATE MULTIPLICATION
It’s now possible to multiply the incoming genlock signal by a factor between x2 and x6. E.g. If recording from a camera at 30fps, the genlock signal will likely be 30Hz, but the content may be 60fps for smoother movement.

By multiplying the genlock signal x2, the LED fixtures can run at 60fps while still maintaining genlock. This achieves the best possible combination of good on-camera performance (due to genlock) as well as smooth motion when viewed by eye (due to running at 60fps rather than 30fps).

This can also be used in combination with High frame rate support; e.g. to convert a 24Hz genlock signal to 144Hz by applying a factor of x6. Maximum output framerate is processor dependent (i.e. 144Hz on Tessera SX40, 60Hz on HD processors). 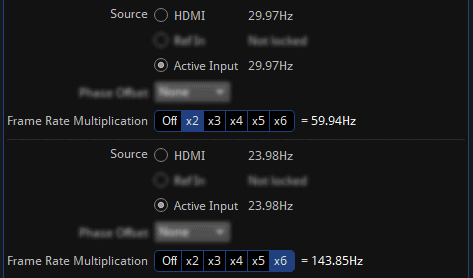 To adjust the colour, first select the desired colour curve from the drop-down menu then use the mouse to select a point on the curve and drag to the desired position. For each change made, a dot will appear on the curve to indicate position. Colour changes are made in real-time.

There is also a reset button for resetting curve changes. This may be used creatively to adjust the ‘look’ of the video (e.g. adding an ‘S’ curve to add more contrast), or as a tool to fine tune the appearance of the screen for ambient viewing conditions and/or on-camera performance. 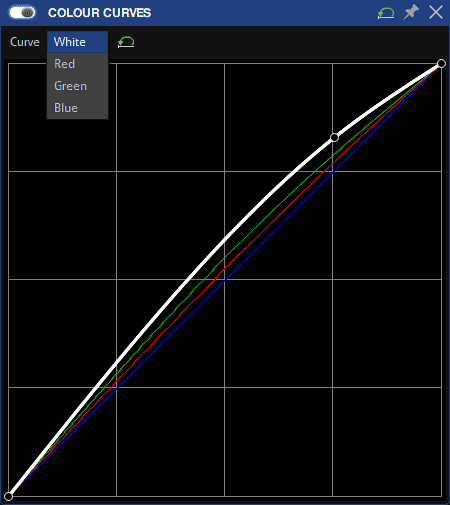 Introduced in Tessera v2.3, modules which are not quite parallel to each other can result in seams which look brighter at one end than the other. To compensate for this, it’s now possible to use OSCA to adjust either end of each seam independently.

To use this feature: 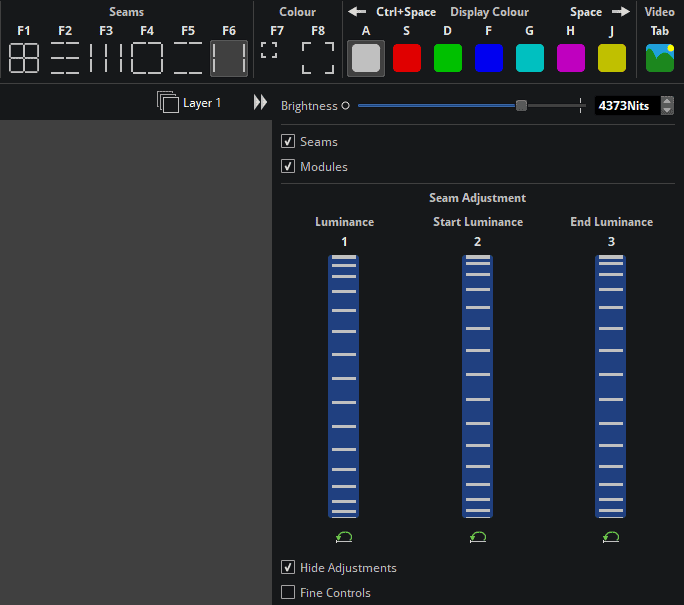 Restore factory defaults/format SD card can cause fixture library instability
​If you perform either of these operations please reboot your processor before browsing to the fixture library window as this may otherwise be unstable.​​

Tessera Remote and Tessera Control may not work on Mac OSX El Capitan
When running on a Mac OSX El Capitan the Tessera Remote and Tessera Control applications can fail to detect network ports. This appears to be limited to cases where no default gateway is specified on the computer’s network interface.In situations where no default gateway is set using DHCP, we recommend specifying a default gateway manually. PCs running Windows and Macs running OSX Yosemite or earlier are not affected.