With its network of studios spanning the world, from the United States to Europe and Asia, Pixomondo (“PXO”) has cemented its global reputation as an industry-leading VFX house. The company has worked on award-winning TV productions such as Raised By Wolves, Perry Mason, Westworld, Carnival Row, Star Trek: Discovery, and The Umbrella Academy, as well as co-produced and provided the VFX for Roland Emmerich’s feature film, Midway, and is now working on the filmmaker’s upcoming Moonfall. Other film credits include Wonder Woman, The Fast and the Furious franchise and the December 2020 release of the Gerard Butler starrer, Greenland. PXO has just finished building one of the world’s largest Virtual Production (VP) studios in Toronto, with Brompton Technology as part of the network of valued tech partners that PXO has teamed up with on the new facility.

“Beyond the prerequisites for a LED processor geared towards Virtual Production, Brompton has shown that it is heavily invested in innovation with a strong focus on quality, which perfectly aligns with Pixomondo’s own values,” says Josh Kerekes, Virtual Production Supervisor at PXO.

Kerekes explains that VP has been on PXO’s radar for quite some time. “Having been fortunate enough to be part of projects involving Virtual Production in the past couple of years, Pixomondo got an early insight into this rapidly changing industry. Moving a traditional pipeline into real-time can be challenging, but thanks to key partners such as Brompton, it has been a smooth and natural extension of our business,” he adds 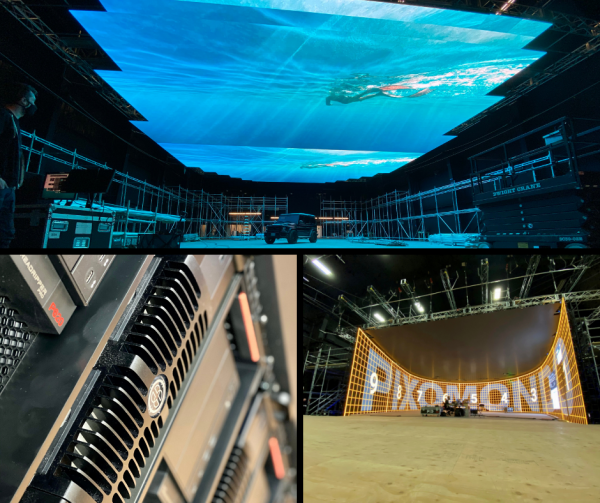 With PXO’s flagship facility in Toronto aiming to be one of the first studios in the world to use Brompton HDR (High Dynamic  Range) technology on a large scale, Kerekes and the PXO team are thrilled to be at the forefront of this new chapter and, together with Brompton, plan to push the technology as far as they can.

“We are tremendously excited with our new state-of-the-art virtual production facility in Toronto, which has just been completed. The team at Brompton has been instrumental in our success thus far, offering a wealth of knowledge from technical to logistical support,” Kerekes notes. “PXO has many ambitions for this space. The technology behind Virtual Production is developing at a rapid pace, and Brompton is not only able to keep up by continuously bettering its products, it also maintains backwards compatibility, which is equally important for us.”

“With Virtual Production ushering in a new era in film and television production, we are very excited to be partnering up with award-winning VFX house Pixomondo on their latest facility in Toronto that fully integrates Brompton HDR into their VP workflows,” concludes Brompton’s Technical Solutions Manager, Adam Callaway. “HDR technology offers much larger contrast ratios and colour gamuts that closely mimic what we see in real-world, with this pioneering technology set to become a mainstay of future film, television, and commercial-making.”