UP supplied a total of 215m2 of Infiled ER5, which they configured as a single screen measuring 16.5m wide by 6.5m high with a pixel count of 2772 x 1092 along with Brompton’s Tessera SX40. The SX40 delivers support for full 4K screens at 60Hz with 12 bits per colour output and, by combining it with the Tessera XD distribution unit – a sophisticated single box solution designed to manage the complications of mass cabling that can arise with large LED display systems – delivered an elegant and simple to use control solution.

“LED screens are constantly getting lighter, which means more can be hung at any one time,” says Jay Mobbs-Beal, who project managed the show for UP. “And, with screens also becoming higher-resolution, we now have a lot more pixels to drive than before. In the past, we would have needed to split a screen of this size and pixel count over multiple processors. With a 4K processor such as the SX40, the signal flow is a lot cleaner. The combination of the SX40 and XD units also means we can provide full redundancy and that everything can be monitored from just one window.”

Jay also notes that working on a live broadcast means that the brightness and colour temperature of the screen often needs changing, and it needs to be done quickly. “The Brompton software is by far the simplest way to do this,” he adds.

“Our original decision to invest in Brompton processors was because they’re powerful, flexible and simpler to support in the field than any competing LED processing platform,” says UP’s Phil Mercer. “So when we were asked to provide a high resolution LED screen for the NTAs, that was shaped to fit behind custom scenic elements and capable of displaying native 4K content, the easy mapping of content and flexible cable topology that comes with the combination of the SX40 and XD units gave us the ideal solution.

“The NTAs was a huge success all round and the screen looked stunning, which is in no small part thanks to Brompton processing.” 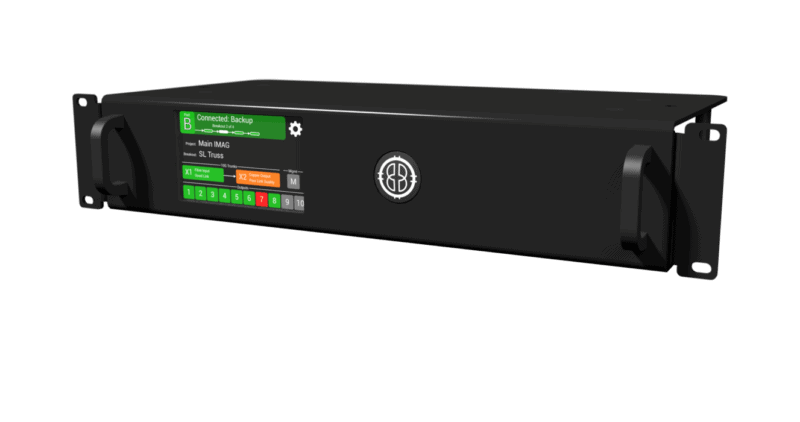 Brompton Technology will be exhibiting at ISE 2020, giving the first European showing of Dynamic Calibration.