A giant leap forward for VP

80six, which provides high-end equipment and technical services for live entertainment, Virtual Production, film & TV drama, broadcast, (e)sports and corporate events, wanted to showcase its studio expansion and VP production capability. This tied in with the event’s own focus on VP. So the decision was made to give attendees an up-close look at how Virtual Production studios make shooting in-camera VFX using LED technology easier for filmmakers, cinematographers, directors, producers, and creatives.

The team set about building the largest LED studio ever seen at MPTS, drafting in experienced VP specialist director  Nick Jones to demonstrate just what could be achieved with an LED stage in just two days. 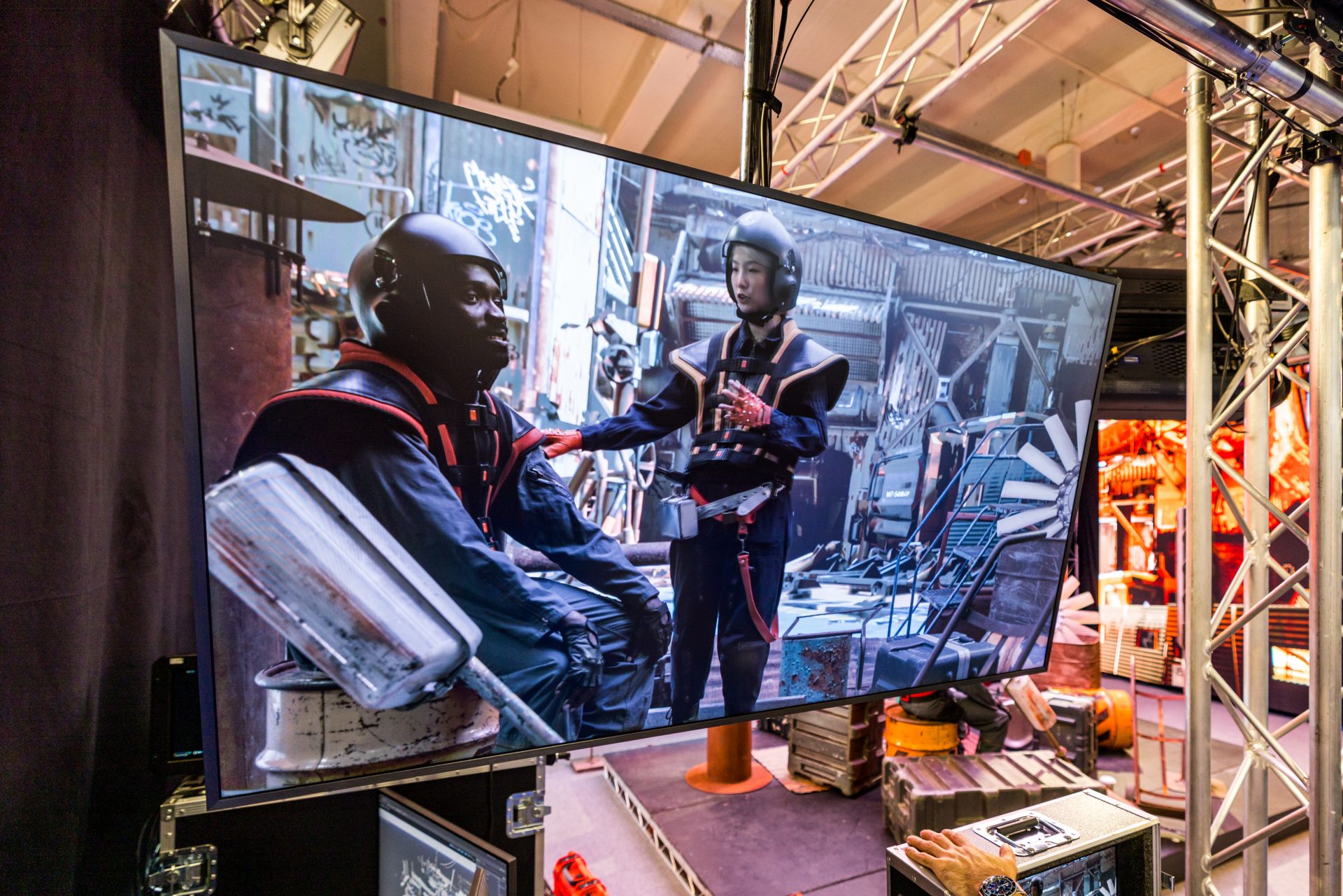 To bring this ambitious plan to fruition, 80six drew on its vast knowledge of LED technology & video system integration  and its experience with the latest technical innovations in the world of VP to create a dedicated VP stage featuring LED volume and the latest real-time technologies (camera tracking, game engines, media servers) for delivering in-camera VFX (ICVFX) or XR (extended reality) content.

The stand also highlighted the company’s technical innovation and provided a showcase for some of the leading-edge technology that is revolutionising the visual effects industry today – including Mo-Sys StarTracker, Brompton video processing, and ROE Black Onyx 2.8mm LED tiles. With a mission to drive VP forward, Mo-Sys, Brompton Technology and ETC – Electronic Theatre Controls came on board as stand partners , adding their own experience and expertise to the mix.

The Mo-Sys StarTracker precision camera/lens tracking solution is widely recognised as the technology of choice for leading-edge Virtual Productions. The Brompton Technology video processing, optimised by its Tessera v3.3 software and including digital markers for use with the Mo-Sys StarTracker, overlays markers on the video displayed on the LED wall; Tessera’s Frame Remapping feature then only displays the markers on output frames that are not visible to the main camera. The markers are automatically generated, with the ability to configure the colour and size of the markers from within the processor UI. 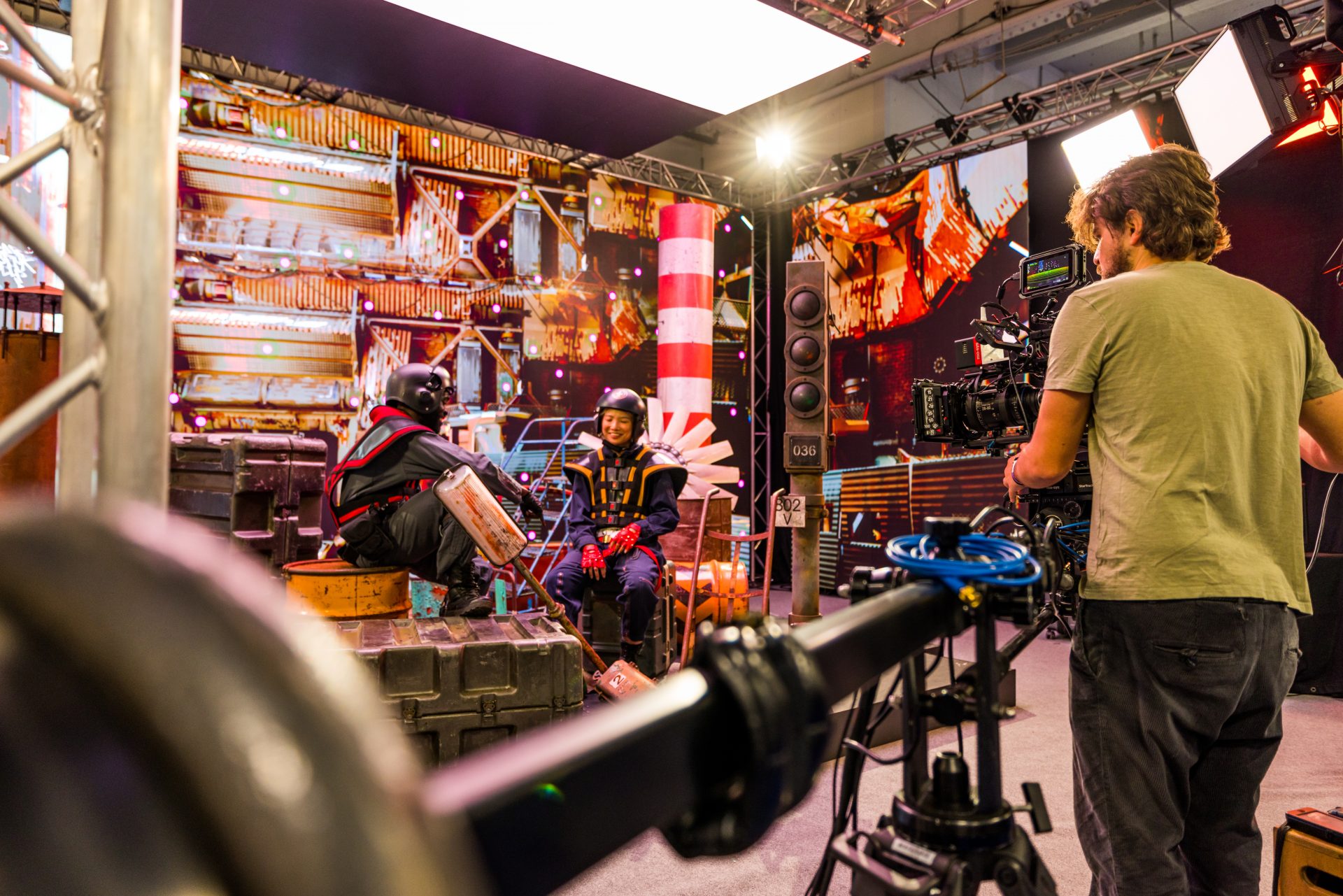 As 80six Co-Founder Dan Hamill explains, “The StarTracker delivers all the performance and precision we need to deliver a flawless final image when shooting with an LED volume, and the way the Brompton Tracking Markers overlays are displayed directly on the content system are an incredible innovation for VP, great in situations where it is not possible or easy to install retro-reflective stars on the studio ceiling/floor. Together this is a winning combination. And we had the ever-reliable ROE Visual LED panels, which are the go-to for VP.”

The live demonstration proved to be a crowd puller and a conversation starter, drawing hundreds of people to the Virtual Production Theatre.

See the video in production here:

Award winning Director Nick Jones comments, “Deciding to shoot an ICVFX commercial at a tradeshow, it must’ve been a madman’s idea! The team at 80six jumped on the challenge of doing something different and in just two weeks we put together the concept for a mini virtual production.

“We created a sci-fi/Mandalorian kind of scene using a Nanite UE5 retro junk-yard environment and matched it with industrial-looking props in the foreground. What you will see is the result of a team of 6 people having shot VP in the ‘quiet times’ at a tradeshow, in-between seminar talks and press demos at the stand. The result is not perfect, but we think it is an exciting experiment showing that in-camera VFX can be achieved even in an atypical location, with limited time & budget on your hands. It’s all about having the right team behind you and the right technologies to work with.”

DOP Dave Tree adds, “Virtual Production is all about time spent in pre-production. At MPTS, we didn’t have the luxury of time. We were limited to two prep days on-site, one day entirely dedicated to building the LED Volume, and the second day focused on integrating the VP pipeline. It left me & the camera crew only a couple of hours for the creative, playing around with the lights and shot composition until the moment the tradeshow doors opened.

“Having the reliability and precision of the Mo-Sys StarTracker coupled with the ease of using Brompton’s digital tracking markers on the LED screen helped us quickly put together 80six’s tried and tested VP set-up. We all loved being part of this experiment.” 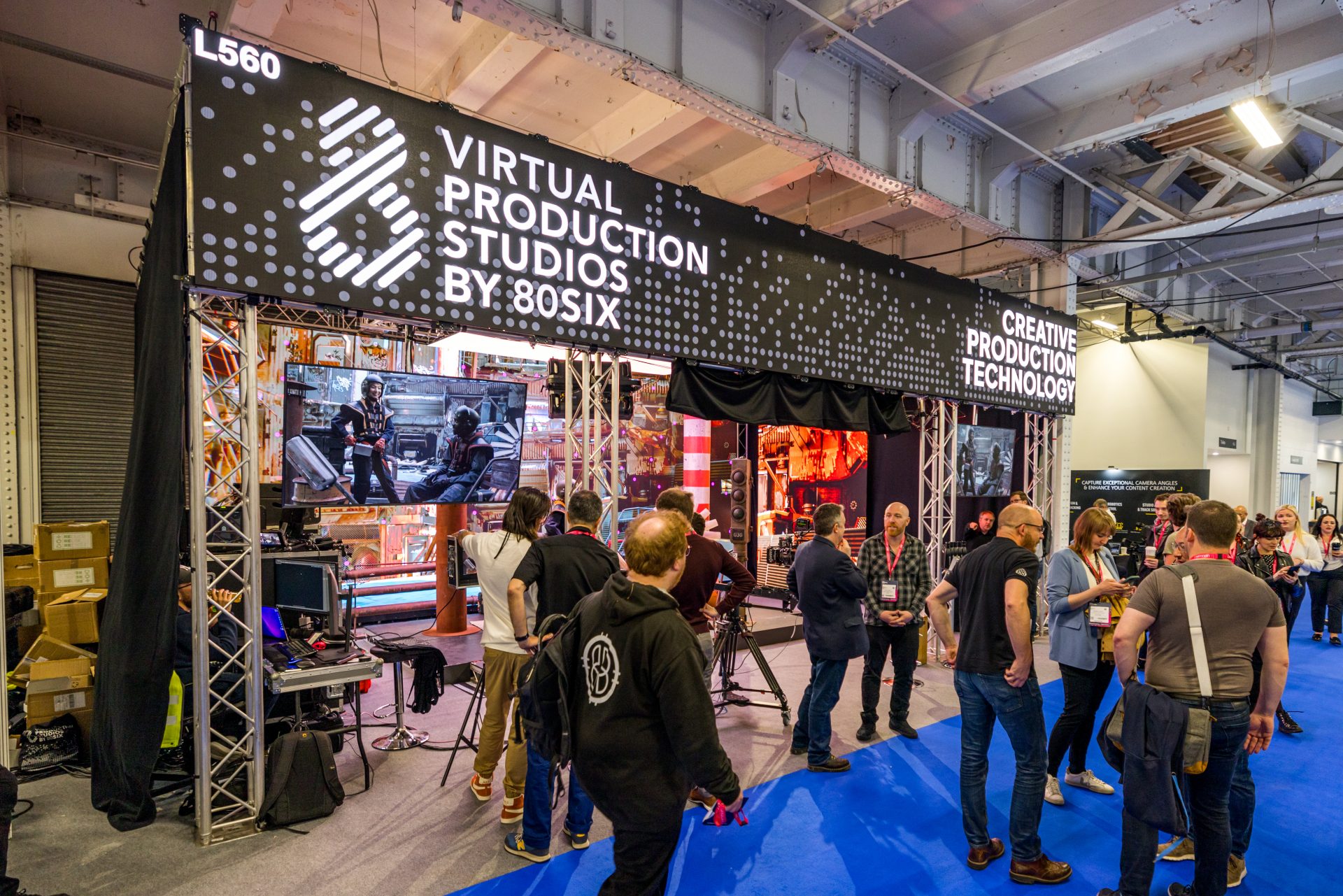 “This was an ambitious plan, but with the combination of the right people and best-in-class technology, we pulled it off. A picture speaks a thousand words, but something like this speaks a million,” says Brompton Technology’s Director of Business Development, Rob Fowler.

Training Program Coordinator at ETC, Declan Randall comments: “ETC’s fos/4 fixtures provide a new standard of LED lighting quality with the addition of Deep Red LEDs which really added to the virtual production set for this commercial. It’s been brilliant to be involved.”

Stephen Gallagher, Product Marketing Manager at Mo-Sys concludes, “By showing just what can be accomplished with the latest VP technology and techniques in two short days, the envelope has been pushed forward. By bringing this unique showcase to a trade show, creatives have been given a glimpse into how they can take their projects to the next level. We are proud to have collaborated with 80six and Brompton Technology and the creative talents of Nick Jones and Dave Tree to bring this fantastic project together.”

BROMPTON ON THE MOVE TO BIGGER PREMISES