The eight-time Grammy Award-winner and R&B superstar Usher Raymond IV recently headlined a Las Vegas residency, delivering his fans an extraordinary immersive performance and “an Usher experience like they’ve never seen or heard before”. Opened at The Colosseum at Caesars Palace on July 16, 2021, Usher delivered 12 shows in total – eight in July, three in December, and a final event on January 1, 2022. BrainHub and LMG Touring & Entertainment, both part of Entertainment Technology Partners (ETP), worked closely together and with the singer’s crew to design a larger-than-life experience featuring more than 500 moving lights, creative LED, and video solutions.

“When the pandemic first hit we did some work with Usher in our studio out in Vegas. That wasn’t based on LED setup, but we were very good at bringing team’s vision to life and serving it with a solution that directly corresponded their requirements,” says David Luchsinger, Director of LED Services at ETP BrainHub. “When Usher’s residency came around, his team reached out to Craig Mitchell, our managing director at LMG Touring & Entertainment [part of the ETP Group], who then involved BrainHub and LMG Touring account executive Juliana Stern.

As part of the collaborative work, the BrainHub team took charge of designing stage LED elements. “Usher’s team came up with a couple of different designs and we worked together with them to design a concept that would deliver five different scenic environments and tell a unique story for each musical act,” adds Luchsinger. 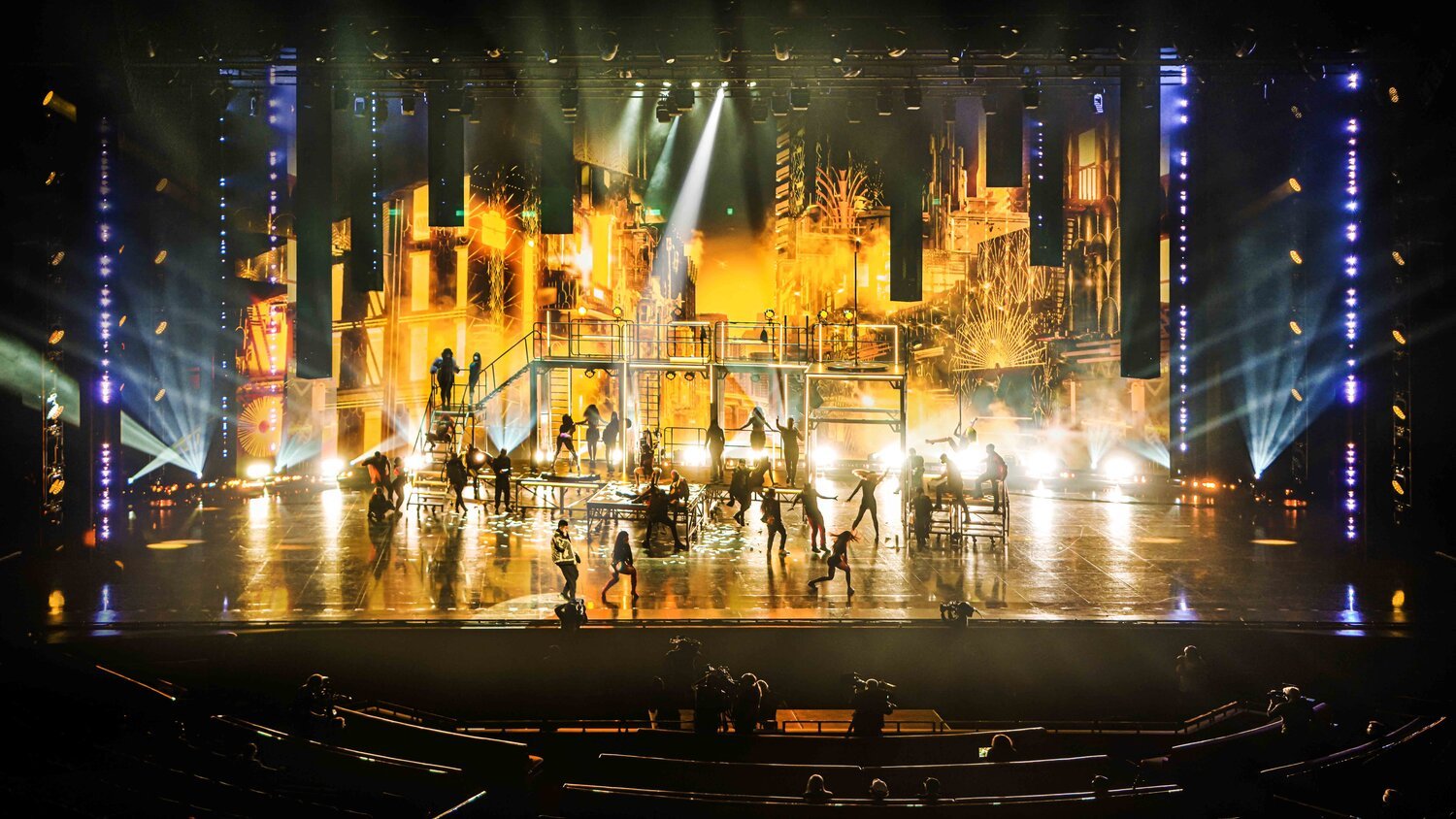 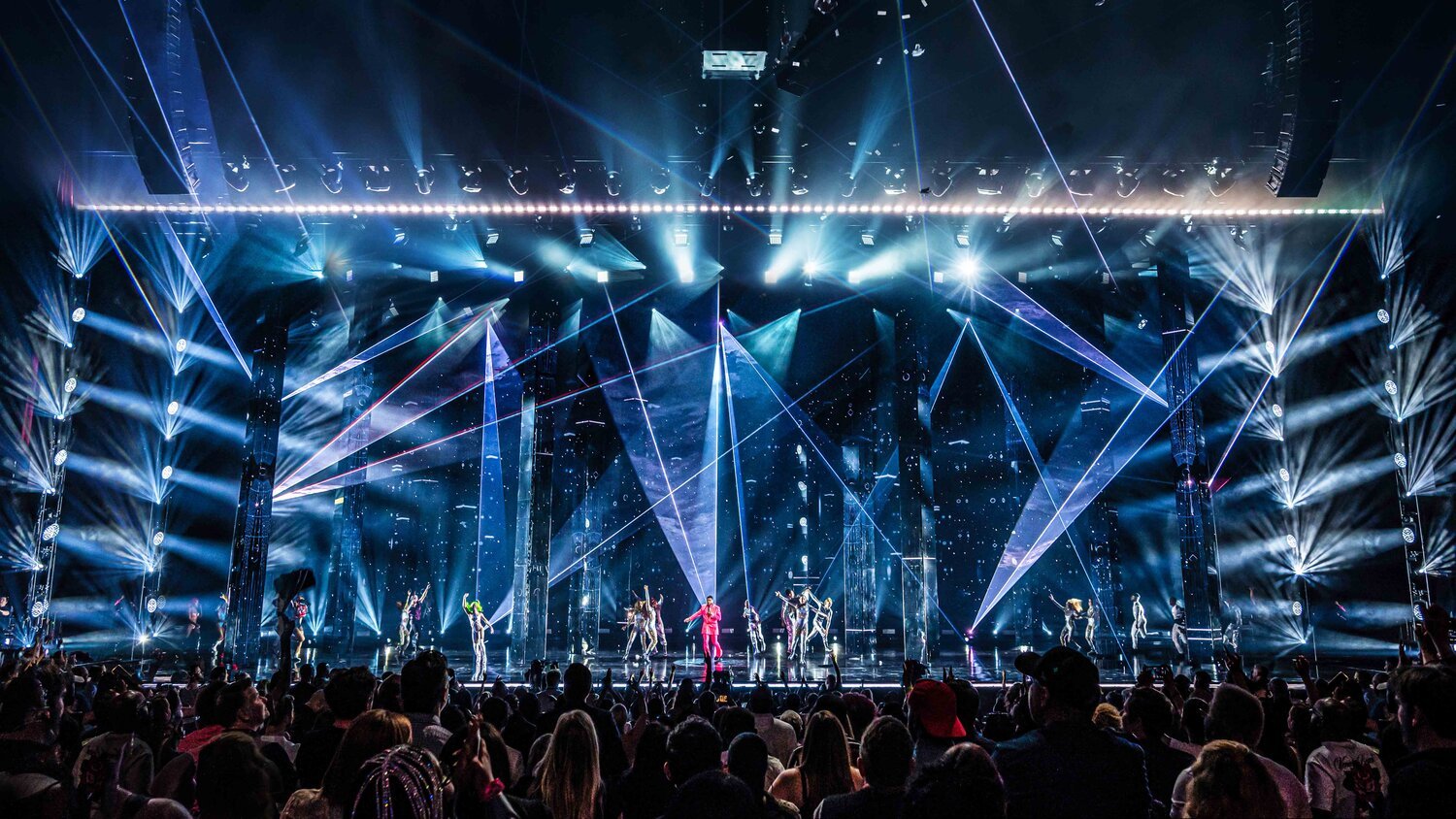 This required careful consideration and planning by both the BrainHub and LMG Touring teams, with Brompton processing playing a crucial role in bringing together video content and lighting to achieve one homogeneous look. “This project was a great example of how Tessera processing makes a huge difference to the end result of an entire production. Because of Tessera’s colour precision capabilities, as well as software features such as Dark Magic, OSCA and others, we were able to match the colour of the blues, greens, and reds of the LED lighting fixtures, precisely matching the colours to the images on the screens. This is outstanding; if you’ve ever seen a show where the two are not perfectly matched, you would immediately notice something is wrong and that the image looks unnatural,” Luchsinger notes.

Ease of use and bullet-proof reliability are other important benefits that ensured Brompton was chosen for Usher’s residency, and for many other important productions BrainHub has worked on, including last year’s Super Bowl LV. “The key challenge with this project was that the entire system was moving and spinning throughout the show. With some competitor LED processing products, we had experienced technical problems, sometimes with things as simple as laying the cable and sending it across the floor. With Brompton, we’ve never had any issues with a signal dropping, even with tactical fibre cable being pulled and twisted. It’s a rock-solid product with equally rock-solid connections. Without something as bullet-proof as Brompton processing, we wouldn’t have been able to put on the show we did,” says Luchsinger.

With a stock of 75 Tessera SX40 4K LED video processors and 140 Tessera XD 10G data distribution units, ETP has one of the largest Brompton Tessera stocks in the US. The group also holds the largest single batch of ROE Visual CB5 ever created. The setup for the Usher residency included eight Tessera SX40 processors with triple XD data distribution units deployed on each LED column which included an active, a backup and a spare unit.

“With shows like Usher’s residency it makes sense to do triple XDs. It’s so much easier to have multiple redundancy available, especially in challenging venues such as the Colosseum where there is no catwalk and you have to rappel down if you have to change anything,” explains Luchsinger. “Brompton’s reliability meant we never had to use the backup units.”

Colour temperature is another feature that sets Brompton apart from its competition according to Luchsinger. “The colour temperature on Brompton is 100% accurate. You can take a light meter and put it under a panel set at 4500K and it’s 4500K dead on!” he exclaims.

“In general, everything that Brompton does is very to the point and makes sense,” concludes Luchsinger. “LED is the future of display technology, whether it’s a TV or a large screen. Having a company like Brompton in the mix really helps the industry as a whole. Every other processor manufacturer tries to copy or do better but, by the time those copies are on the market, Brompton has already come out with the next big thing!”