Create a real-time, reactive background that perfectly syncs with the camera for a seamless and fully immersive filming experience.

This video is shared courtesy of our industry partner Epic Games.

The true-to-life colours and image bit depth of HDR transform an LED screen into a realistic 3D background on camera, without compromise.

ON CAMERA AND IN CONTROL 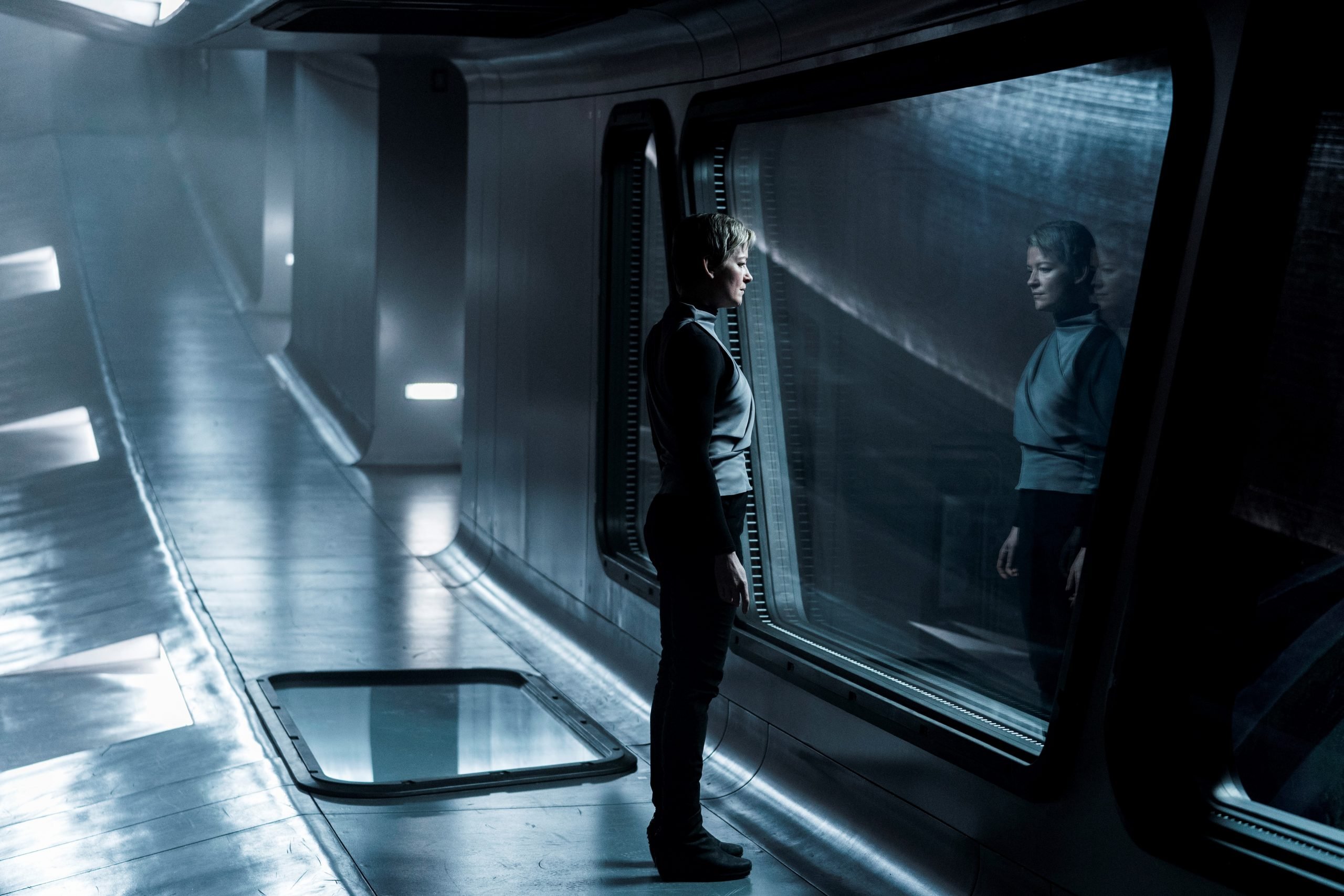 THE FUTURE OF TV AND FILM

Virtual production is revolutionising filmmaking. LED screens with quality LED processing are being used as impressive replacements for traditional green screens, enabling filmmakers to capture both live action and CGI in-camera together.

Lengthy and expensive location shoots can now be streamlined into one trip – capture the ideal light once then bring it back to the studio and recreate it as many times as needed in a controlled environment.

VFX teams can create intricate, fantastical worlds that actors can see and react to in real time. Directors of sci-fi and fantasy see their worlds through the lens immediately, and can work collaboratively to change them in real-time, rather than after filming wraps.

The Brompton team has already been part of several pioneering film and TV projects using virtual production and LED walls as green screen replacements, as well as having years of experience delivering great results on camera.

We work closely with companies who are at the forefront of this exciting new technology to deliver immersive, believable worlds that take film beyond LED panels.

These two videos are shared courtesy of our industry partner Rebellion Film Studios.

Our Tessera SX40 LED Processors were used in the making of this medieval short film.

Brompton products are designed from the outset to make LED panels look as good on camera as they do in person, providing LED processing features that are ideal for creating lifelike 3D sets on a flat LED screen.

HDR: Precise reproduction of the colours in your content

ShutterSync: Automatically adjust the timing of the LED refresh to match your preferred camera setup

Great at any frame rate: PWM settings are automatically adjusted to be optimal for the frame rate actually being used, not just for 60Hz 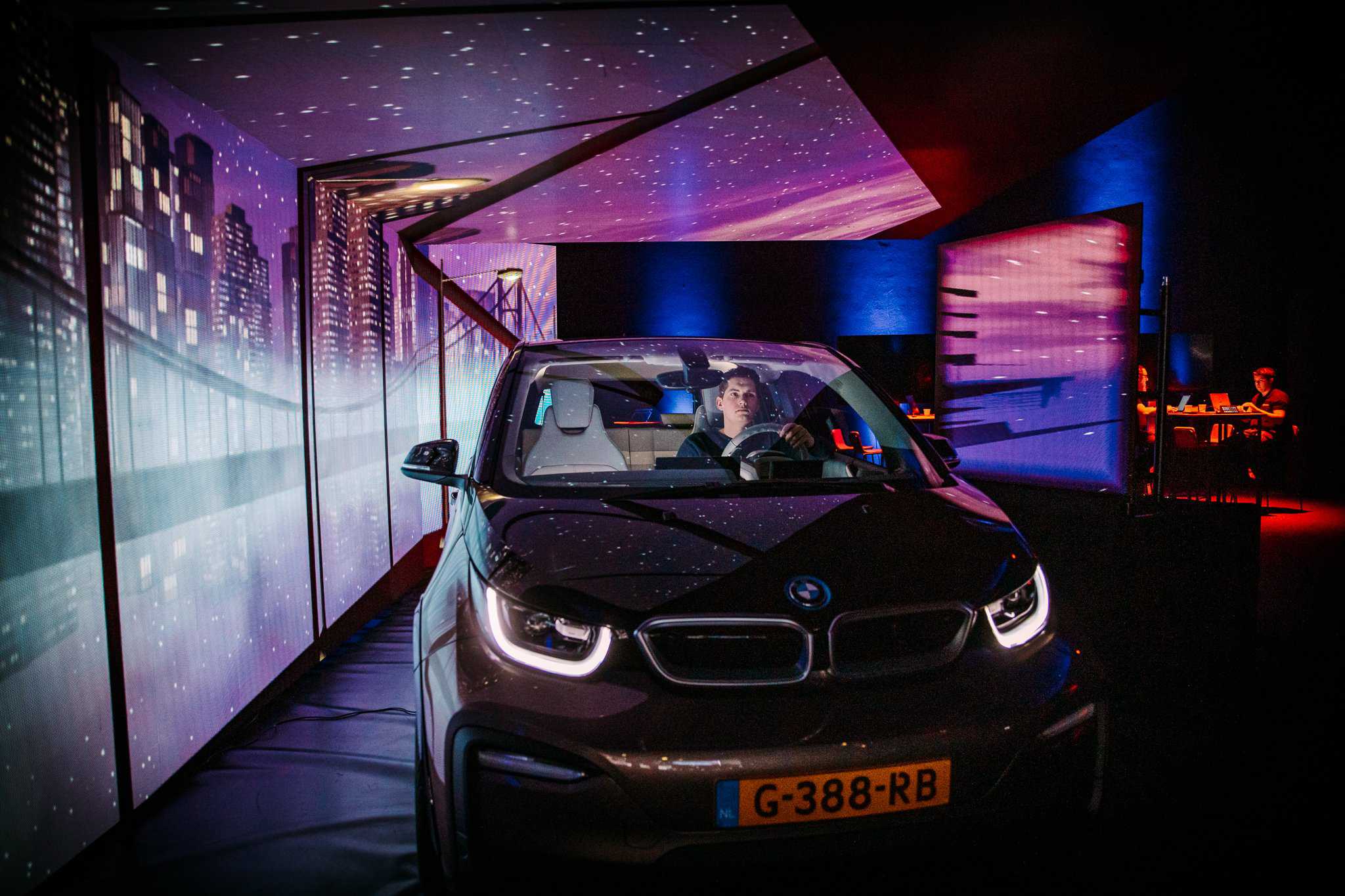 High Bit Depth: Receive up to 12 bits per colour via HDMI, with internal processing and transmission to panels that maintains this level of precision

Frame Rate Multiplication: Have multi-camera virtual production setups, with each camera able to see different content when viewing the same LED screen at the same time

The award-winning Tessera SX40 LED Processor is the perfect solution for green screen replacement options, and is already the processor of choice for several TV and film projects using virtual scenery.

A selection of our Virtual Production Partners 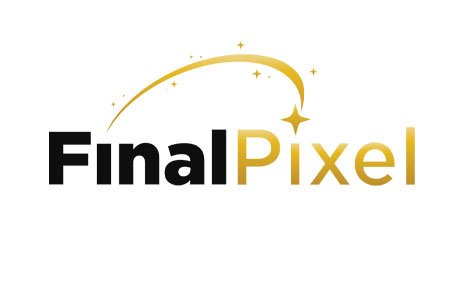 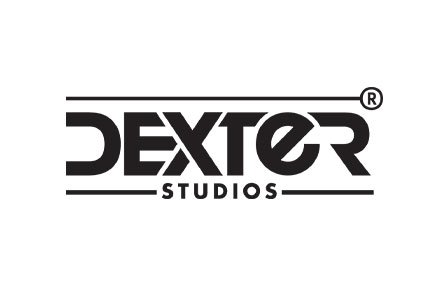 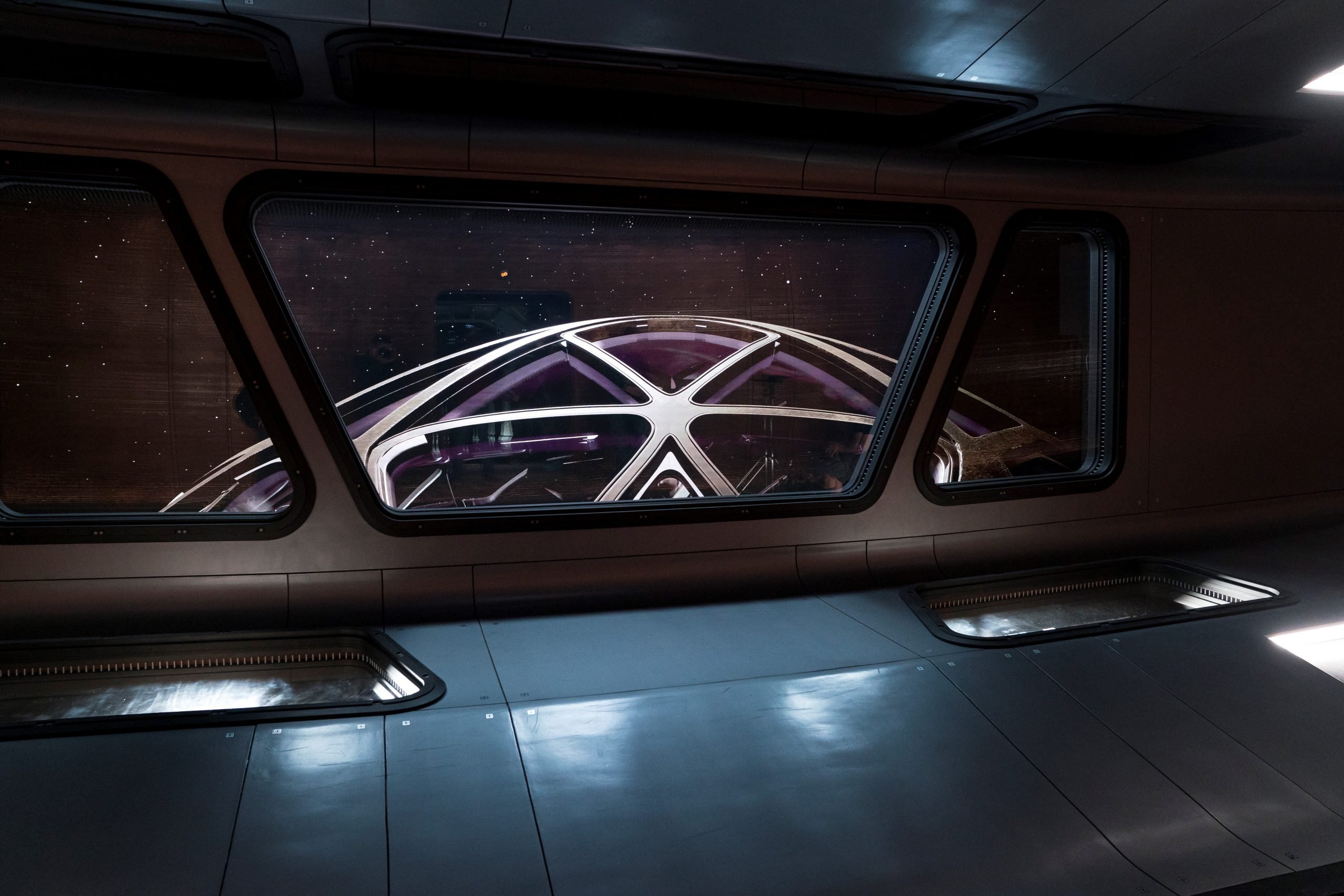 The Pros and Cons of LED Screens as Green Screen Replacement

Getting Started with LED on Camera by CTO Chris Deighton

Exploring the Future of Virtual Production by Epic Games

Our Tracking Markers feature is compatible with the Mo-Sys StarTracker system and overlays configurable tracking markers onto your displayed video content. 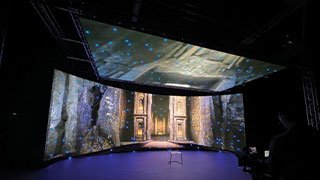 Changing between Operating Modes is quick and easy, and it puts the final decision on which aspect of visual performance is most important back in the hands of the user. 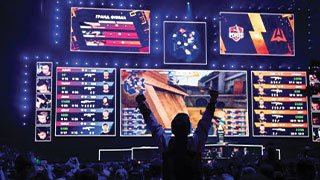 ShutterSync tunes the LED screen to the camera, not the other way around, giving back creative flexibility for camera configuration. 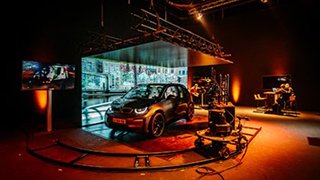 Frame Remapping makes it possible for multiple cameras to each see different content when viewing the same LED screen at the same time. 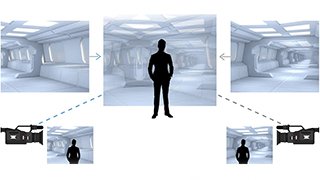 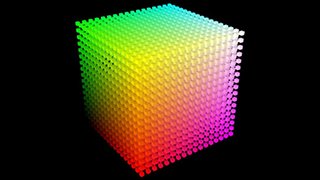 HFR+ offers the power to play video content on an LED screen at up to 250 fps (frames per second). 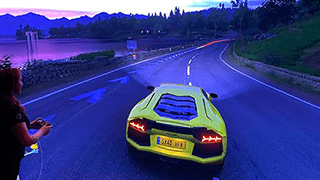 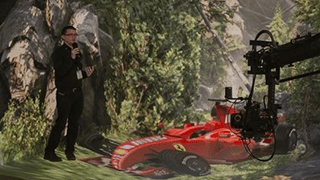 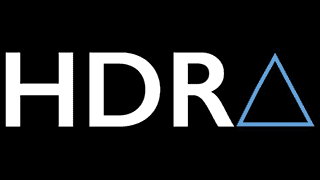 Provides real-time compensation for thermal artefacts such as pink/cyan pin-cushioning, and gradients due to swapped modules. 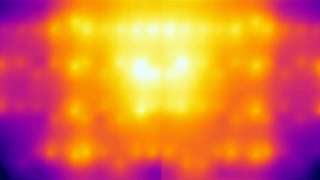 Limitations in the driver chips, LEDs and panel electrical design can be overcome to ensure neutral colour balance across the entire greyscale. 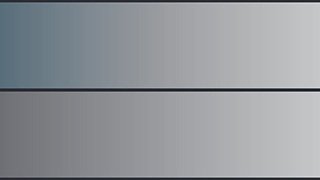 Improves the appearance of panels operating at less than their maximum brightness by reducing banding and increasing the detail in dark areas. 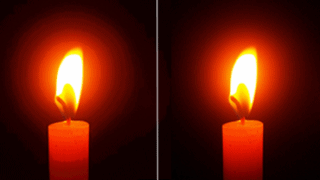 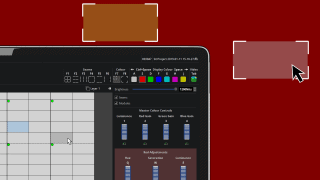 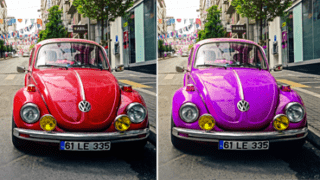 The Tessera system is genlocked from the video input all the way down to the LED refresh cycle, giving perfectly smooth video with no dropped or doubled frames. 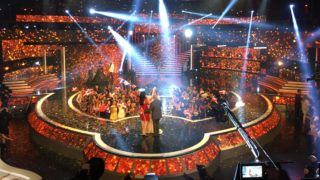 Delivers ultimate peace of mind for users by introducing an auto-failover mechanism that allows a back-up processor to take over in just a few seconds. 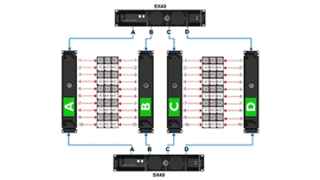 Tessera Management Software gives you full control over your Tessera System, with an array of powerful, easy-to-use features for an impeccable show every time. 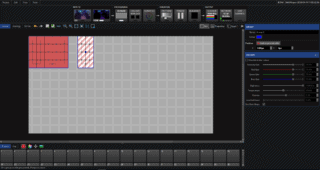 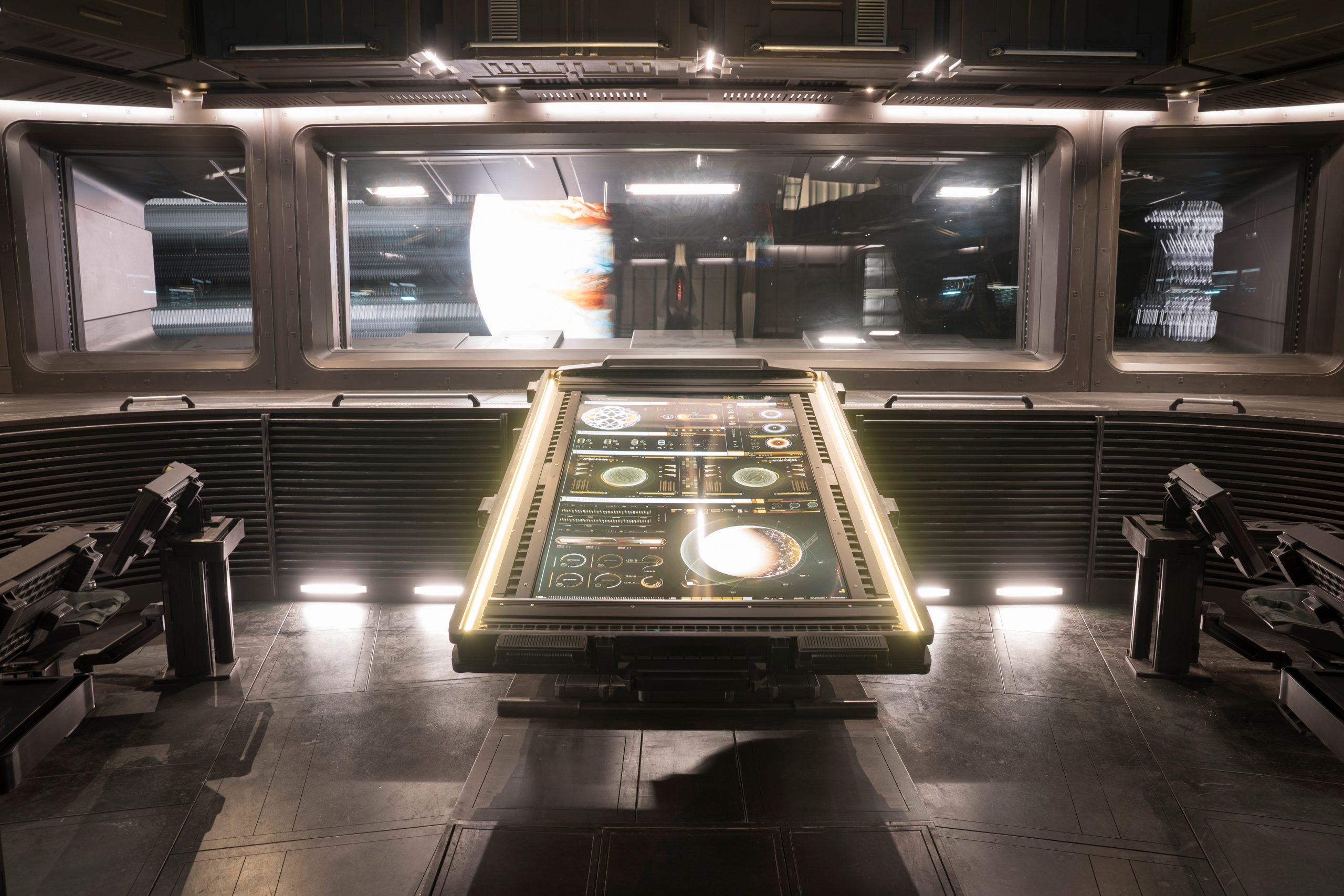 “We have been extremely happy with Brompton processing for our film and TV projects. The quality of their products really stands out and makes a difference in the speed and capabilities we have on set!!”
Phil Galler – Lux Machina
“At High Res we always specify Brompton in our Virtual Production workflows because of their high powered, dynamic control tools, specifically for in-camera pipelines. The processors allow for frame rate and shutter angle settings, as well as detailed colour and brightness control, unrivalled in the market, easily adapting to on-set requests…
Peter Canning – High Res
… The new Hydra tile calibration for HDR is a game-changer for colour science, with a calibrated Rec2020 pipeline delivered to the LED screen. With the support of a hugely experienced technical team, Brompton delivers high powered, high quality results.”
Peter Canning – High Res
“We hope the LED Volume with Brompton processing will have a permanent location here, as we see versions of Virtual Production becoming a mainstay in many film production workflows.”
Rick Pearce – Spectre Studios
“The Brompton HDR ready panels are creating extremely high-quality images as well as providing in-depth colour science data for our pipeline, benefitting both real-time and pre-rendered workflows.”

Peter Canning – High Res
“We chose Brompton processing for its superior colour depth and ability to make fine adjustments to the LED screens in front of the camera… [and] they always provide the highest quality products and fast reliable service.”